By US Legal Forms Team
4 min read
Table of contents

Since its inception in 1997, US Legal Forms has provided legal documents to individual consumers, attorneys, and small businesses. Today, as the company celebrates its 25th anniversary, it has grown to become the largest online database of more than 85,000 industry-specific legal forms in the U.S.

We talked to Frank Edens, the founder of US Legal Forms, to learn more about the company and the impact it has made on the legal industry.

A lawyer with an eye for software, Frank Edens started US Legal Forms in 1997.

Before US Legal Forms, Frank had created several other legal ventures:

“I’m an entrepreneur type, so I created a site called MS Lawyer, and a company called Law Netcom very, very early on in Mississippi. …

When Frank was building Mississippi Legal Forms, the internet was rapidly becoming a part of multiple aspects of everyday life, and Frank understood he needed to take advantage of this revolutionary new medium. “I discovered the internet very early when we were on a bulletin board with a group of lawyers around the country,” Frank recalls.“So, I got really involved with it at that time, and the rest is history.”

The internet was terra incognita a quarter of a century ago, but Frank, unlike many of his peers, decided to take a chance to educate others on how to use the internet, and simultaneously build a thriving business.

“It was just more or less seeing an opportunity and making the most of it,” says Frank. “We did the Mississippi Supreme Court, Mississippi bar, trained all the lawyers, trained all the judges, did seminars across the state. We were cutting edge on the internet at that time. Then MS Legal Forms did really well and we decided to go nationwide. That became US Legal Forms.”

The First Library of Legal Documents on the Web

Before the internet, the way lawyers drafted legal documents was generally by finding examples of similar documents. At the time, there were very few official forms, so lawyers often relied on indirect paths to get what they needed.

Most lawyers would use form books sold by different companies, refer to their firm’s database, if one existed, or reuse a document over and over, making necessary changes each time. Sometimes, attorneys would visit courts to look through their records or even ask a lawyer friend for a form sample. There simply wasn’t a centralized place to get forms.

US Legal Forms changed the game by putting all of the legal forms in a single library and making it accessible online.

“I was in a meeting at a huge law firm in Jackson. We were sitting around the conference room table. One of the lawyers needed a form dealing with the chicken business. He said, ‘I couldn’t believe I got online and on your site, and I actually found one.’ That was super,” Frank recalls.

The Secret of Success

“The forms that we have [in the US Legal Forms’ library] are all forms that have been in use. They’re not from books that may not have ever been used anywhere,” says Frank. Putting together such a tremendous library and keeping it up-to-date over the years has been challenging and critical to the success of the business. Standard and official forms change all the time, so they need to be updated as they change.

“You do have new forms coming out all the time that need to be updated and brought into it. We just had a large staff put this together over the years,” Frank explains. “We had drafting forms, we had purchased databases from lawyers. We found companies that worked with us to help get certain forms. It was a long process.”

In the ‘90s, US Legal Forms developed what is now popularly known as an affiliate network.

“We came up with the idea of when we go out to try to find sites similar to ours, let them try to fill out forms,” says Frank. “I had never heard of an affiliate before, and didn’t consciously go out to build an affiliate network. Anyway, we just reached out to relevant websites and got them to sell our forms.”

The US Legal Forms Acquisition by airSlate

Since its inception, US Legal Forms has mostly been self-supported. “It was definitely a startup. One of the first internet companies in Mississippi,” says Frank. “But we had no worries about it — it was clear early on that it was going to be very successful.”

In 2019, Frank and his partner were contacted by two companies that wanted to talk about acquiring US Legal Forms. After all the due diligence, they decided to accept a deal with airSlate.

“I felt that this partnership would give way to a tremendous amount of resources that could be used and are currently being used.” After the acquisition, airSlate has helped US Legal Forms customers in many ways by providing a better customer experience and service, adding products, and much more.

US Legal Forms owes its success to a straightforward offering that provides people with a way to complete certain legal forms without a lawyer.

“There are many legal activities that you would say are done mostly by “pro se”, i.e. you’re doing them yourself, and those are things that over time, lawyers have moved away from,” Frank says. “It might be doing a deed form, or a change of name, or something like that. You go to the court, they have official forms, you fill out a complaint, set a hearing, submit an order, and your name is changed. A lot of things like that have increased the do-it-yourself business.”

Case in point – the most popular forms on US Legal Forms center around wills and the Power of Attorney – a Living Will, event directives, healthcare, and more. In other words, documents people want to do themselves.

“As it stands today, US Legal Forms will continue to grow, we’re expanding it all the time and I am excited to continue innovating and evolving,” Frank says.

Watch the interview with Frank Edens, the founder of US Legal Forms below: 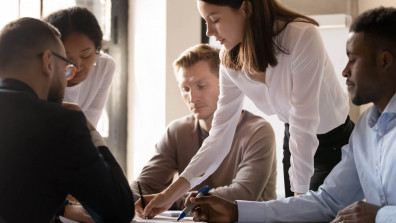 Paralegals and legal assistants are part of the legal sector, just like judicial law clerks, lawyers,… 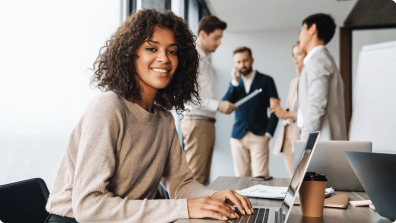 Business
A Step-by-step Guide to Starting a Business

Starting a business can be exciting, but stressful. Who to address, where to go, what to… 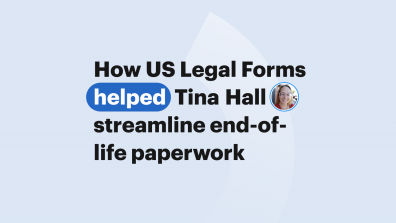